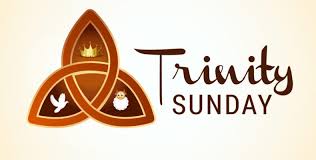 12 So then, brothers and sisters,[a] we are debtors, not to the flesh, to live according to the flesh— 13 for if you live according to the flesh, you will die; but if by the Spirit you put to death the deeds of the body, you will live. 14 For all who are led by the Spirit of God are children of God. 15 For you did not receive a spirit of slavery to fall back into fear, but you have received a spirit of adoption. When we cry, “Abba![b] Father!” 16 it is that very Spirit bearing witness[c] with our spirit that we are children of God, 17 and if children, then heirs, heirs of God and joint heirs with Christ—if, in fact, we suffer with him so that we may also be glorified with him.

Have any of you seen the movie Guardians of the Galaxy? Or volume 2? It’s a teenage boy movie (that’s probably why I liked it) about a boy half human- half alien and an alien girl and they find a racoon who can talk, another alien man who is built like the Hulk, definitely not green but reddish purple with tattoos that look like a maze, and a little tree critter that they call stump.  And you guessed it they guard the universe from bad beings. The original came out in 2014, part 2 was last year and the completion of the trilogy part 3 will be in 2020.

Part two made some serious dollars, $863 million, and part three is expected to go way over that amount. It is a Marvel comic and produced and released by Disney, so you can imagine they have all the avenues of getting this movie into many theaters. They have made it in 3D and IMAX versions, just about any way you can imagine it is selling. It was the #1 movie in Tokyo when it first came out, making it a global production. But this sermon is not about a movie and made up of characters that protect the universe, it is about the original and only true guardian of the Galaxy, the Triune God.

Today the lectionary calendar has shifted to the season we know as Ordinary Time (the Catholic name) or Sundays after Pentecost or sometimes called proper days. No matter the name, the emphasis is not a holiday, or date related on the calendar as it is more themes of the Christian church. One of the biggest most ambiguous theme is the Trinity, set forth by the council of Nicaea and the Nicene Creed came from this council.

I have tried for years in past sermons to try and explain the Trinity and probably have made more a fool of myself in my explanations than really getting to why it matters. It matters because it is a way that modern or the last 1600 years’ worth any ways, refer to what we call our deity. It is God, it is Jesus who became the Christ after the resurrection and it is the Holy Spirit. The purpose of this sermon is not to prove or disprove the Trinity but to see the attributes of the Holy Trinity that make it unique and lends itself to our understanding of the role we play in our relationship to the Trinity. In other words, who is the true Guardian of the Galaxy?

I have chosen these two passages to try and help us understand where we are going with all of this. The first is the passage from Isaiah, and God is seated on a throne in the kingdom of heaven. Isaiah is in a dream or a vision tries to let us in on what the throne room of God may be like. God is so massive that all Isaiah can see is the hem or the bottom portion of the robe of God. The size is important because it symbolizes the enormity of God in comparison to human beings. Yet at the same time it is how a child might see a parent seated in front of them. Then we have the winged creatures which are called seraphs. Now they have 6 wings, two cover their eyes, two let them fly and two cover their feet. Their eyes are covered because they too can not gaze upon the face of God. Their feet are covered because they are heavenly beings and their feet cannot touch the earth and to shield the mortals on earth from seeing them. There is also a theory that the word feet translate to mean genitals and they were covered up. Like Ruth who laid at the feet of Boaz.

Yet before we go down that rabbit hole we focus on what is said by the Seraphim and they cry “Holy, Holy, Holy.” Now why is there not just one Holy! There are 3, God in three persons blessed Trinity as the hymn goes. Isaiah refers to the praise sung by the Seraphs as celebrating God in three, Father, Son and Holy Spirit sitting on the throne.

Next, we look at Romans and Paul’s explanation of our relationship with this God who sits on the throne. Paul refers to God as “Abba” or father and those who are willing to let the Spirit live in them are Abba’s children. Just as Isaiah looked up to the throne and could only see the hem of the robe as a child we too who have been grafted by our baptism into a parent/child relationship.

What does all this adoption stuff and heirs of God and joint heirs of Christ mean? We are getting back to the Trinity speak in which Christ who descended from heaven to be Jesus and was elevated again never to lose his status as God, is the heir to all of Daddy’s inheritance. Now Daddy being God has a huge estate one the size of infinite galaxies. We have been adopted by this wonderful loving creature to share in the inheritance just as Christ receives the inheritance, the gift of eternal life. When we call to God it’s the Spirit who takes our requests and needs to God through the filter of Christ who lived and died for our sins.

So, what is our response to all of this? Just as Isaiah had his sin removed by the burning coal touched to his lips; so, we too have had our sins removed by the grace God through the love of Christ. When our sins are taken away it allows us to then stop working for the forgiveness we don’t deserve and to celebrate this new life by acting as Jesus did when he was on earth, love our neighbor. We are compelled when God calls as the Seraphs asked whom shall I send to say—Here I am.

Thundering voice and accepting the call is such a great image. Standing at the foot of the throne and being picked as an adopted child is our hope. The only problem is we too often wait and wait for the thundering voice and sometimes it does not come. Some here may have had that mountain top experience and point to a specific moment when their life was changed by the love of God. Others may be wondering why they have never heard that voice?

Silence of the voice and living in that silence sometimes causes us to wonder have we really been called by God? There may be reasons for the silence like too much noise in the world in the form of cell phones, televisions, partisan politics, social media the list could be staggering. Yet the promise to be heirs according to Paul is in knowing that God chose us and sent us the Spirit in our baptism.

Comes back to living in the flesh and living in the Spirit according to this epistle. Our days can be filled with me and how much I want me to be happy, or it can be serving and loving our neighbors. The Guardian of the Galaxy does not have to save us from evil aliens who may invade our world. Our God saves us from ourselves and moves us in such a way that we can only sing. Our response is standing up if you are able and singing the hymn Here I am, Lord and then trying to live it each day…Amen.